I can’t believe how fast nine weeks has gone! Despite the fact we are now almost 100 days into lockdown, creativity and art live on!

Mary Beard’s book SPQR was one of the first audiobooks I listened to and it was one of the most interesting, thrilling and rich books on ancient Rome. It really gave me a real education on Romans above and beyond what I had learnt at school and I’ve been a great admirer of her work.

Her portrait was probably one of my favourites because it was so full of character and she sat in front of a wonderful background.

I approached this portrait in two halves, doing two hours then stopping the broadcast and returning to it in the evening which I think helped focus the mind however I don’t think it changed the overall result. 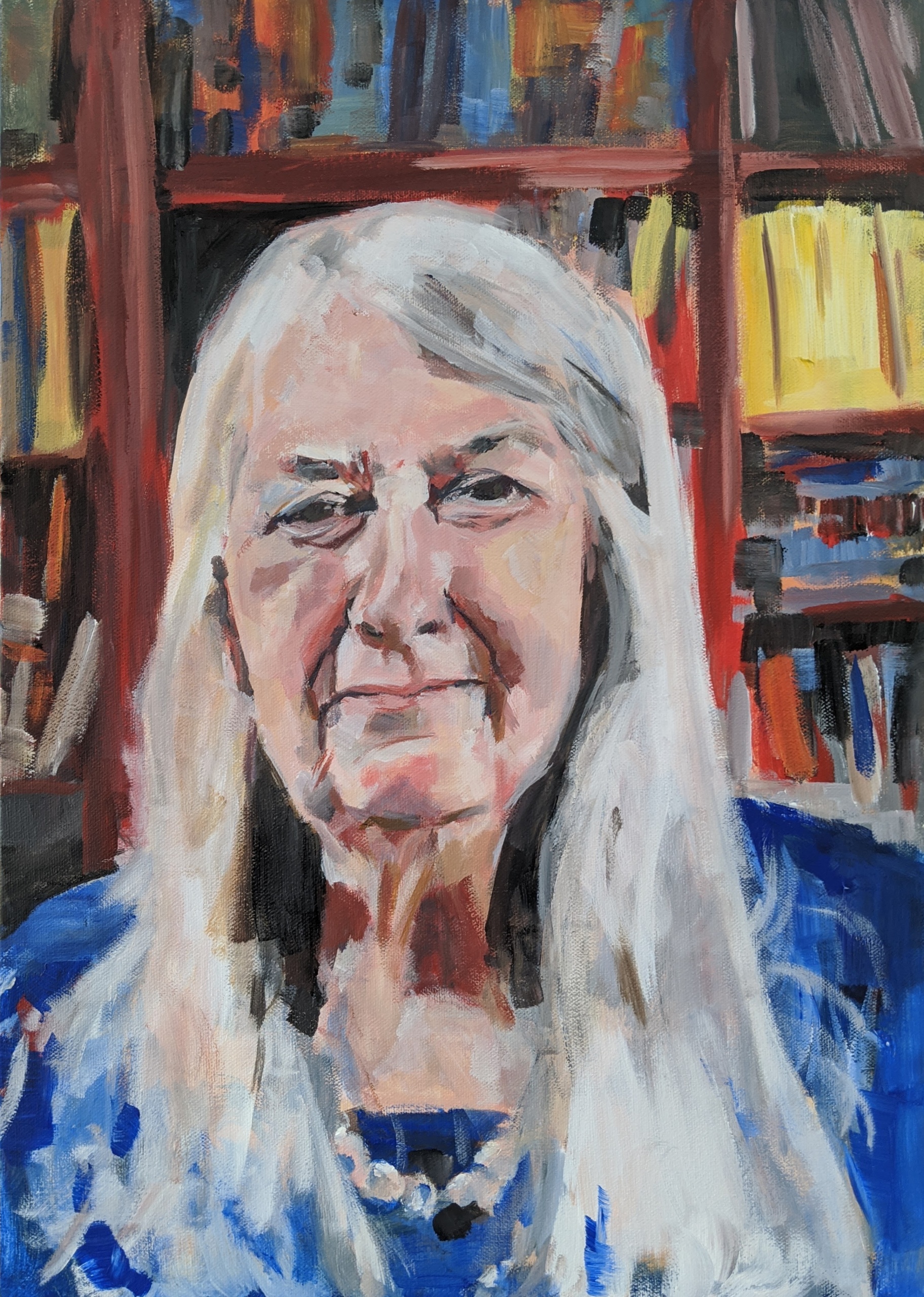 Having got into the rhythm of using acrylics I decided to end with acrylics on canvas again using a limited pallette.

What I didn’t mention previously is that I also use synthetic brushes so the application of paint on the canvas tends to provide a uniform smooth edge unlike rounded hogs hair brushes that are softer.

The overall effect means that instead of blending tonal values I can line them up next to each other and the eye perceives the changes in light to dark to give it that three dimensional effect. I have really enjoyed my foray into acrylics and I have found a technique that I want to continue to develop.

“Her portrait was probably one of my favourites because it was so full of character and she sat in front of a wonderful background.”

These last nine weeks have been such a joy that it is difficult for me to condense everything I’ve learnt and felt so I will save that for a future post. In the mean time I hope you’ve enjoyed coming on this portrait painting journey with me and here’s to creating many more paintings in the future! 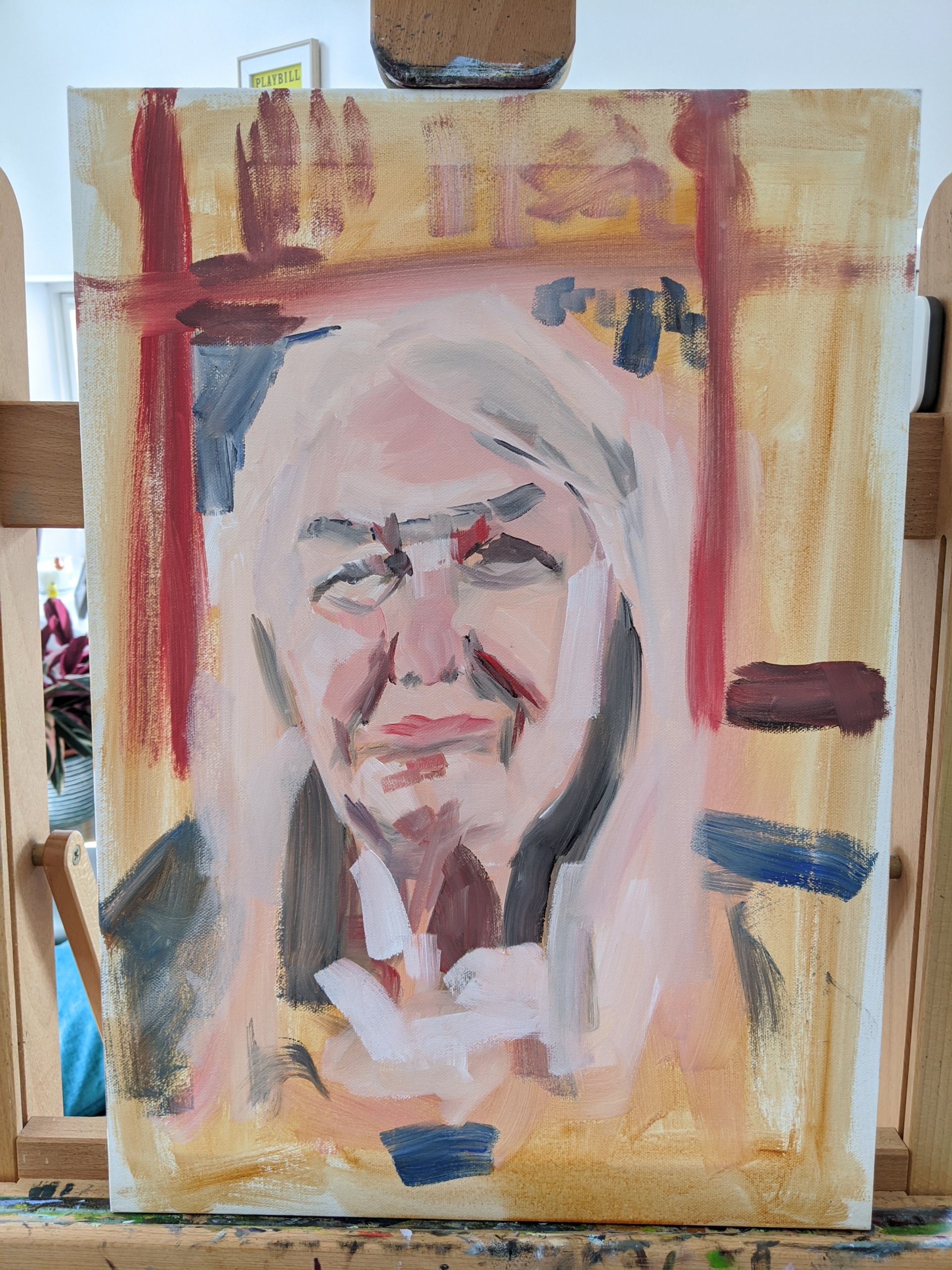 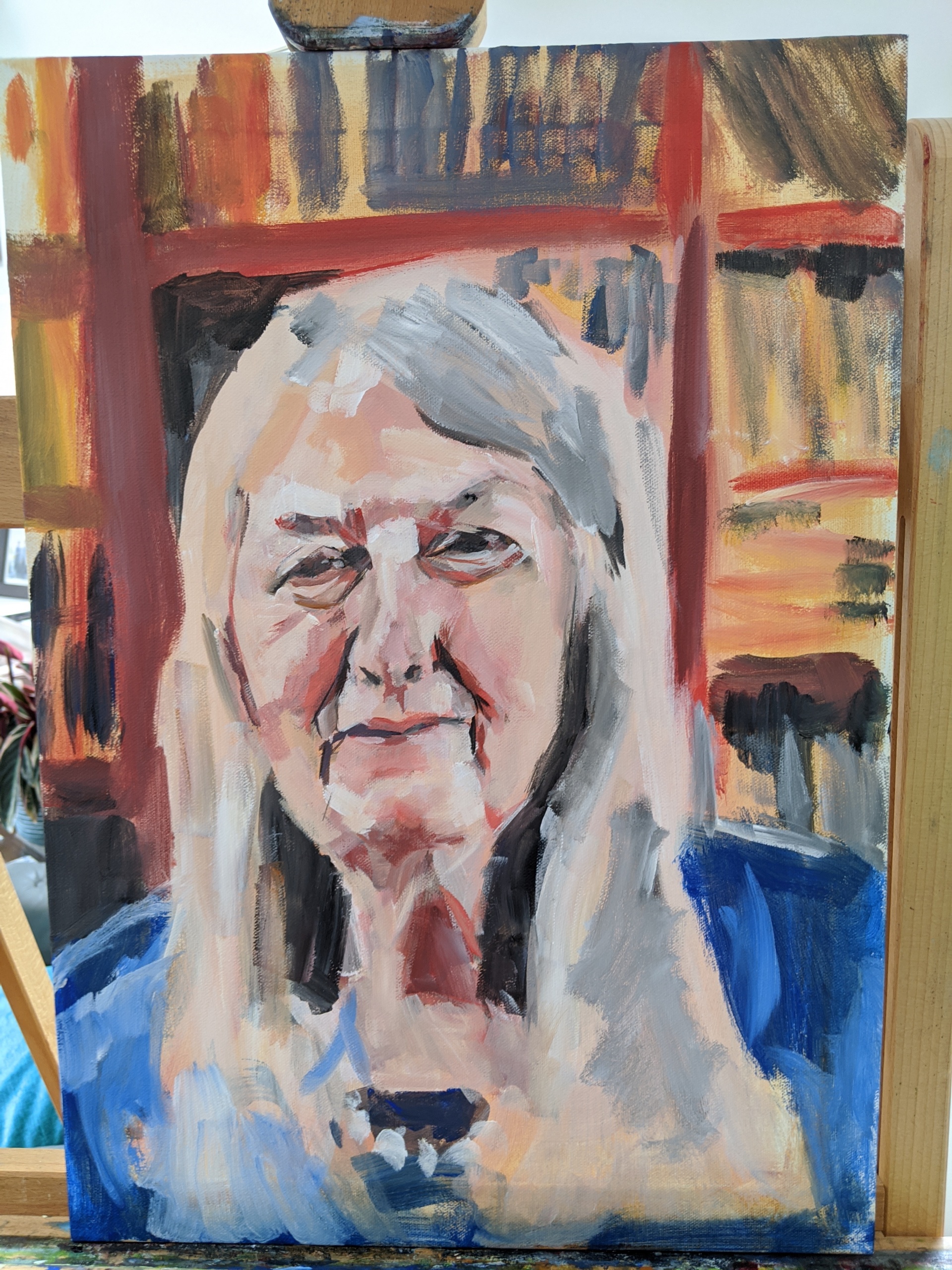 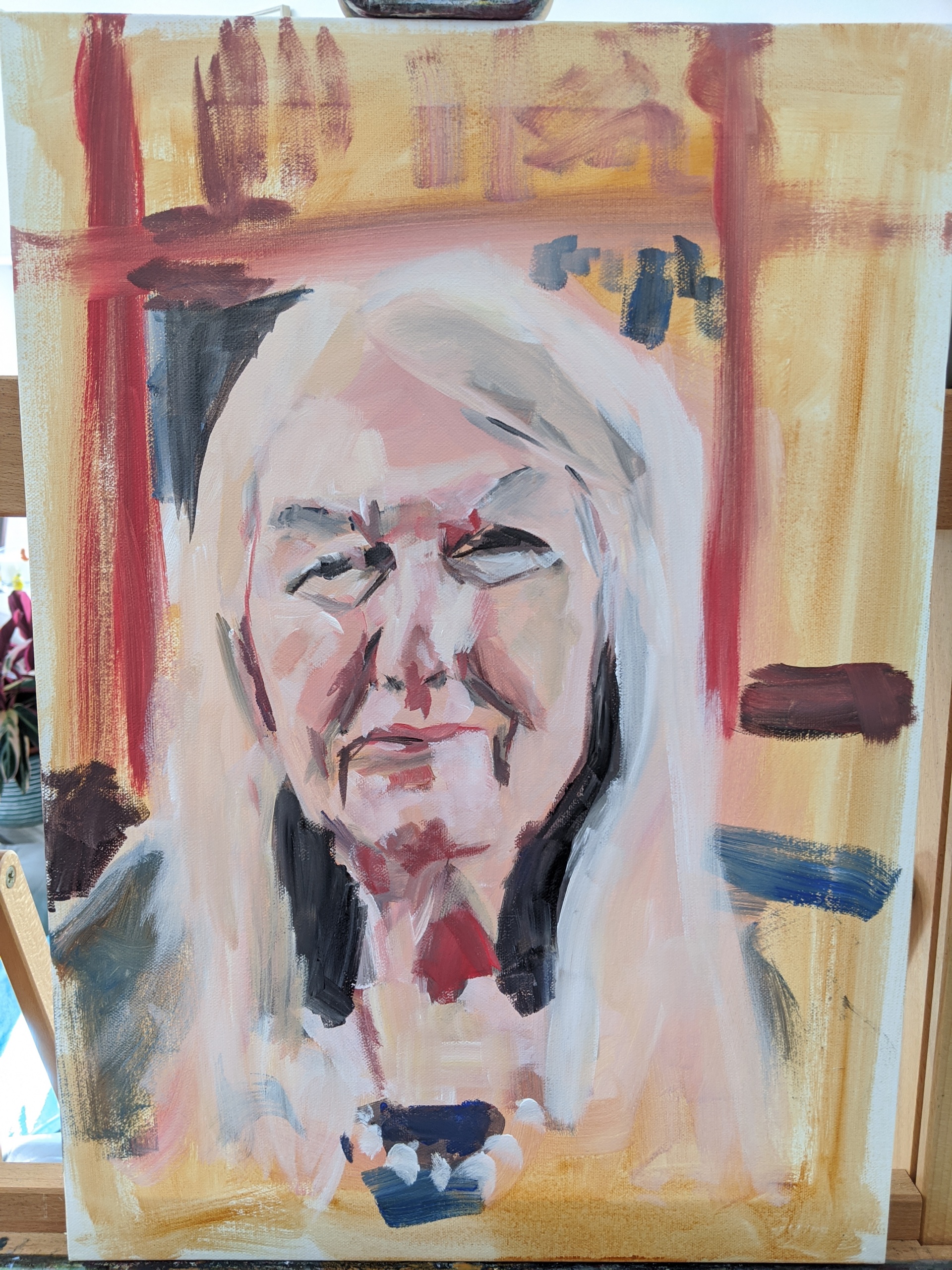 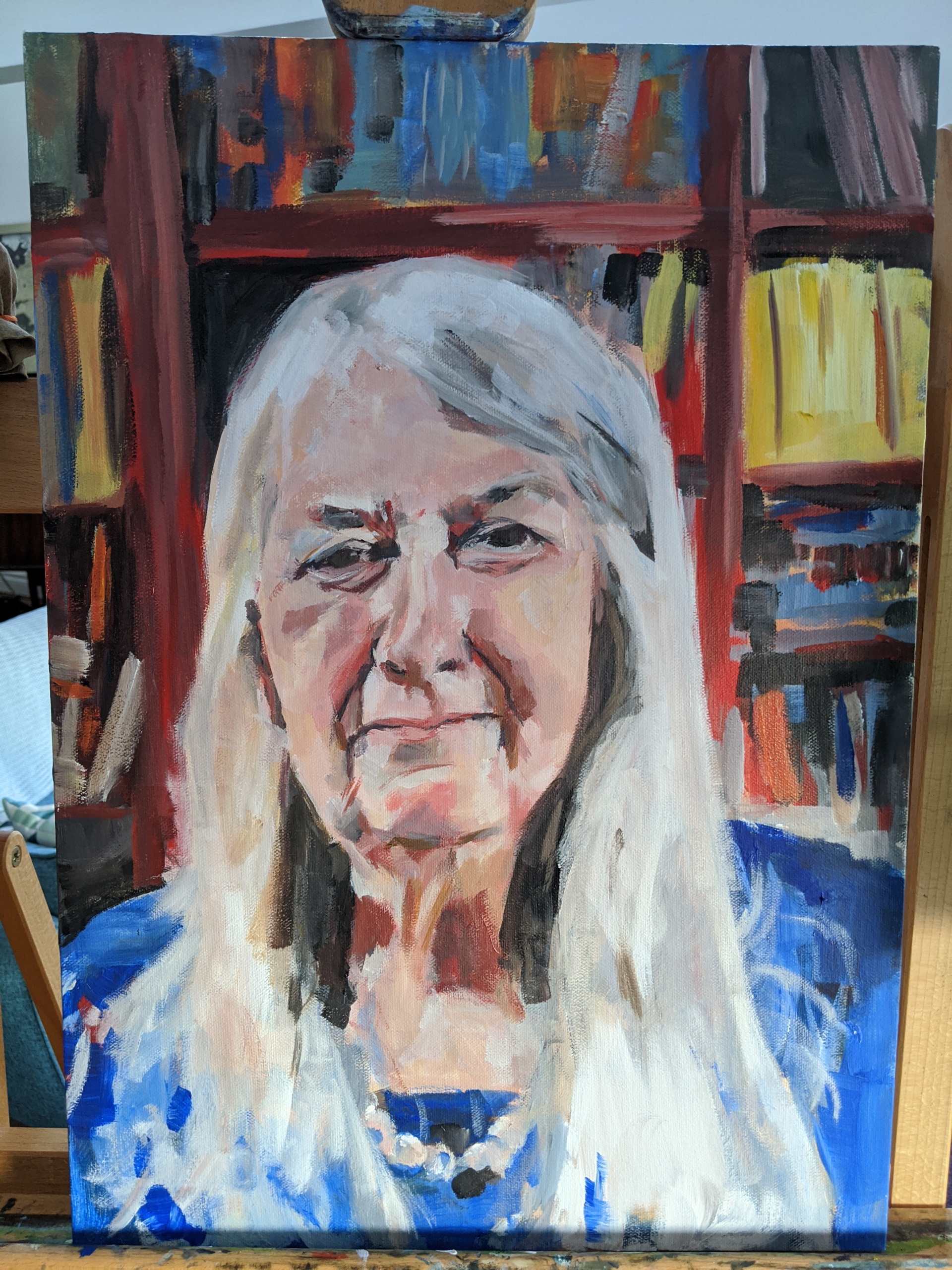